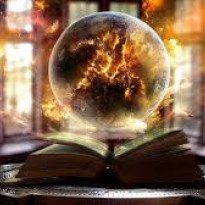 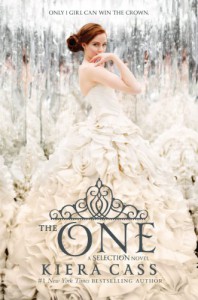 The One is the third book in the Selection Series and I believed the finale in the love story of Maxon and America because the next book is a spin-off for another character. And from what the title suggests, in this book Prince Maxon’s future wife will be revealed (which was pretty obvious who the chosen one was).

I gave this book 3.9/5 star rating, higher than its two predecessors, mainly because the romance level between Prince Maxon and America struck my romantic standards. Despite how annoyed I was with this couple, they managed to win me over in the end.  For the epilogue alone, I would rate it a perfect 5/5 star rating because it was simply perfect in my opinion.

I had a love/hate relationship with this series. If you happen to read my previous reviews of its two predecessors, you would know the reasons why. If not for the epilogue, I would have given this book a lower rating because America and Prince Maxon annoyed me into frustration.

I’m not sure when will I proceed with the next book though; the interest is not in me. All in all it was a nice read (the epilogue saved this book for me). Knowing what the fuss is all about with this series makes me smug.

#I liked the Selection series’ book trailers too